As I told you lately, this summer during our trip to New York we had the opportunity to visit Etsy headquarters in Brooklyn, in the neighborhood of DUMBO. 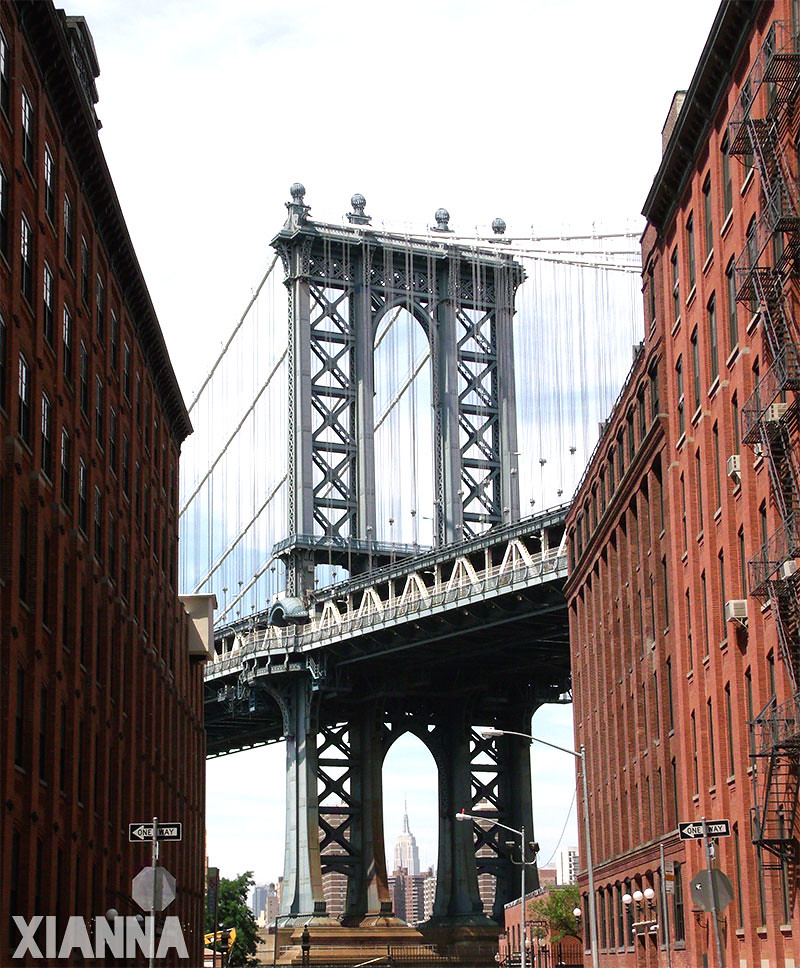 For those who don’t know, Etsy is an e-commerce platform specialized in art supplies and handmade and vintage items. It was founded less than ten years ago and now is the most important marketplace in its field. 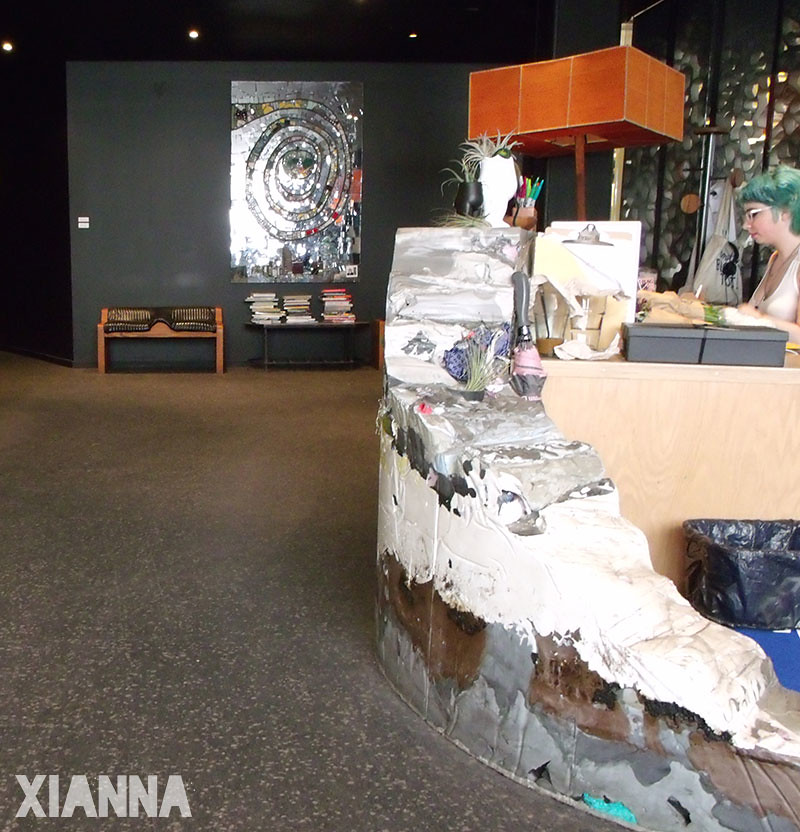 Etsy headquarters occupies several floors in the same building, but we were told that they will move to an entire building just for them soon.

Upon arrival you have to wear a sticker with your name and you are given some welcome goodies. We were received by Adriane Tidona who is the Community Connections Specialist at Etsy and she was very nice taking us on a tour around the facility. 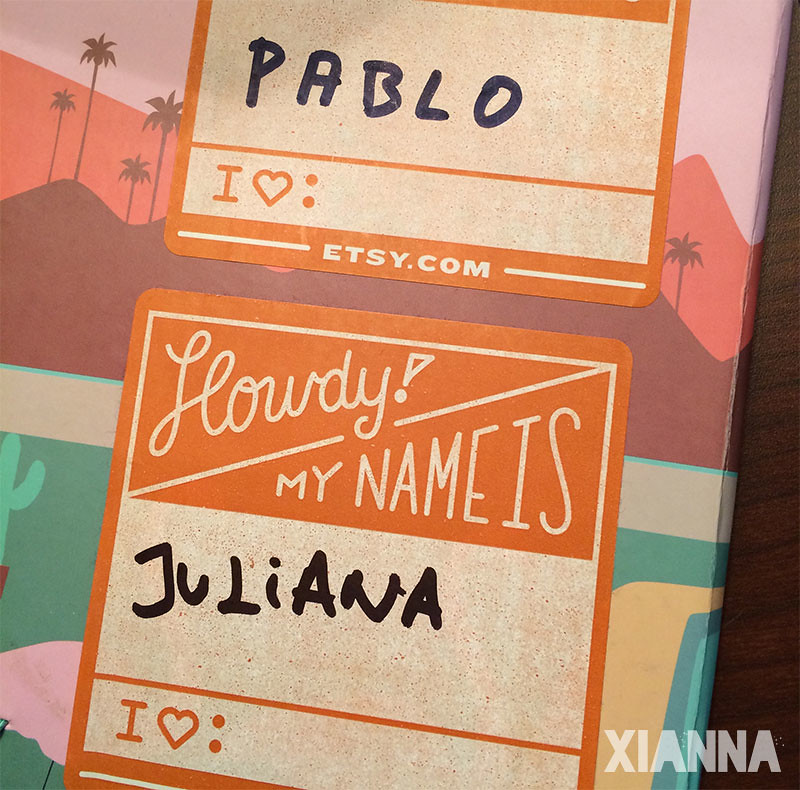 During the visit I didn’t take pictures but the offices are filled with beautiful creations of artisans who sell on Etsy and everyone who works there receive a voucher to decorate its space. It’s also a “dog friendly” office, so any worker on Etsy can take his/her dog to work, isn’t it cool?

There are also many screens where you can see in real time “what’s going on” on the platform. 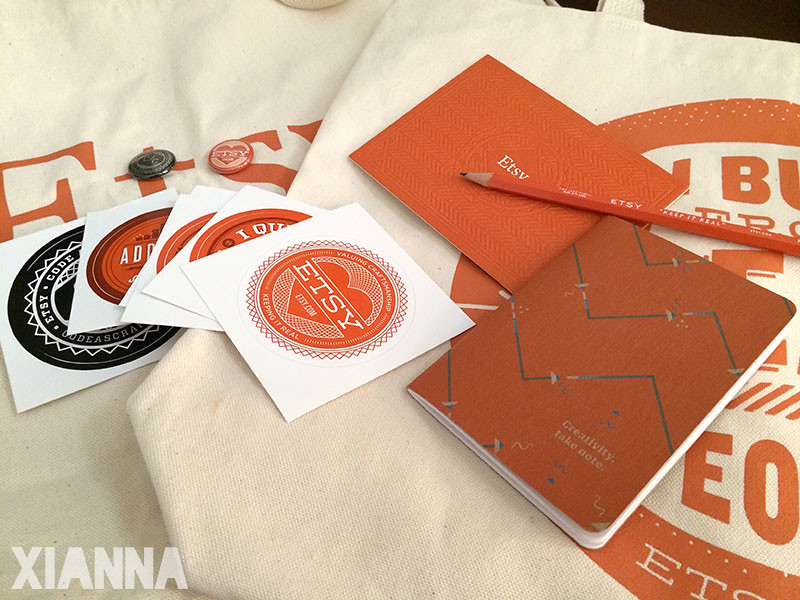 After the tour we met with the girls of the international department, which is only two years old but is working hard to expand Etsy all over the world.

We talked about the craft phenomenon in Spain and about the Etsy Teams where I colaborare, such as Etsy BCN and Etsy habla español. They wanted to know the opinion of Etsy spanish users and encouraged me to make suggestions and expose complaints, what a chance! So leave your comments below ;) 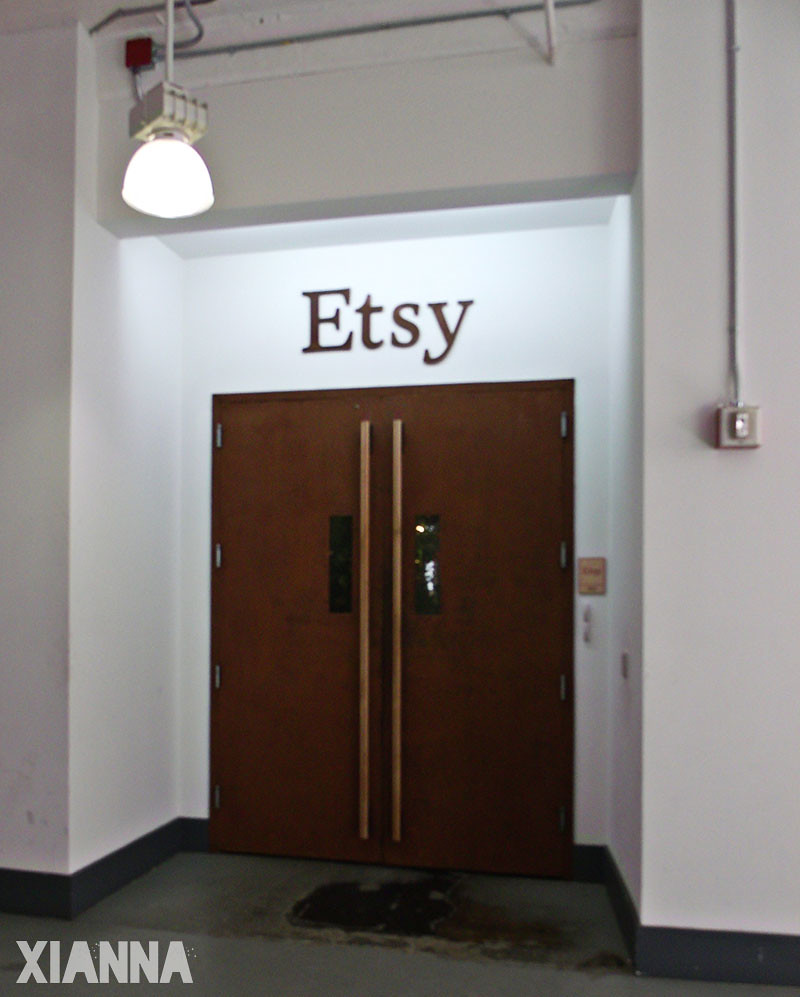 If you have the opportunity to visit the Etsy office do so, it’s a very special place. Thank you for having us and being so welcoming!